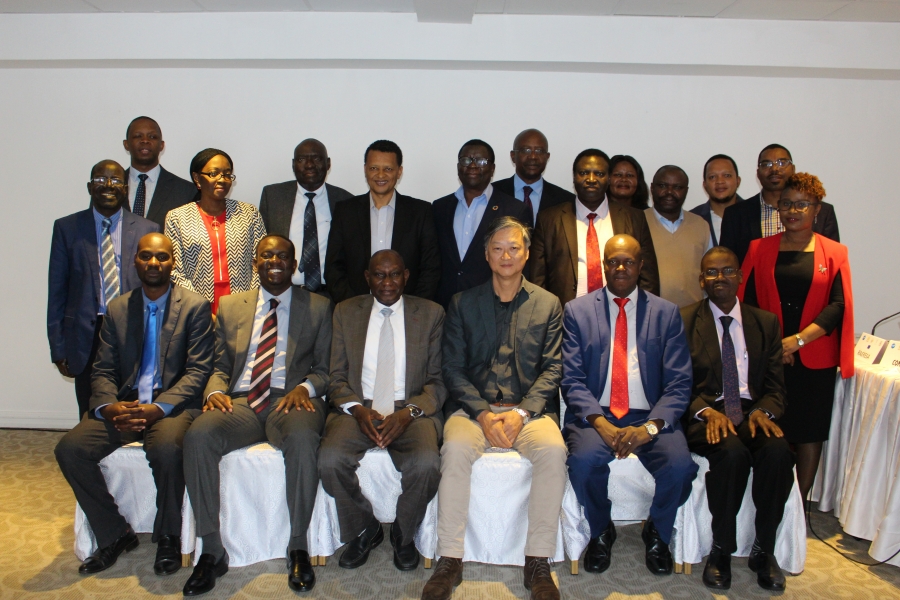 The Energy and Communication Experts, who were holding their fourth meeting of the Programme Technical Steering Committee (PTSC) of the Project on Enhancement of a Sustainable Regional Energy Market in the Eastern Africa- Southern Africa-Indian Ocean (EA-SA-IO) Regions, among others, considered and adopted the Second Progress Annual Report (2018–2019) of the Project; considered the Status of Implementation of the Consultancy to Develop a Synthesized Renewable Energy and Energy Efficiency Strategy and Action Plan (REEESAP-EA-SA-IO); received the report on the Implementation of the Communication and Visibility Plan of the Project; as well as the report on the status of implementation of the Consultancy on the RERA Transformation Strategy.

The Energy and Communication Experts, who were drawn from five Regional Economic Communities, namely; the Common Market for Eastern and Southern Africa (COMESA), the East African Community (EAC), Intergovernmental Authority on Development (IGAD), Indian Ocean Commission (IOC), and the Southern Africa Development Community (SADC), also reviewed and adopted the Year 3 Work Plan and Budget of the Project, as well as reviewed coordination among RECs on the project.

The project on enhancement of sustainable regional energy market in the EA-SA-IO Region seeks to address market governance and regulatory related challenges affecting the implementation of energy development projects in the five Regional Economic Communities.

The project is supported by a seven million euros fund provided under the 11th European Development Fund (EDF) for a period of four years since the signing of the grant delegation agreement with COMESA in May 2017. The COMESA Regional Association of Energy Regulators for Eastern and Southern Africa (RAERESA) coordinates the implementation of the programme.

As a precursor to the fourth meeting of the Programme Technical Steering Committee, a two-day consultative workshop was held on 7th to 18th June 2019 to discuss the consultancy report on the Development of a Synthesized Renewable Energy and Energy Efficiency Strategy under the Project on Enhancement of a Sustainable Regional Energy Market in the EA-SA-IO Region.

As part of the project’s communication and visibility strategy, an awareness-training workshop for regional journalists and communication experts from the participating regional organizations was conducted on Wednesday 19th June 2019.

Addressing the participants at the opening ceremony, Dr. Mohamedain Seif Elnasr, the Chief Executive Officer of the COMESA based Regional Association of Energy Regulatory Authorities in the Eastern and Southern Africa (RAERESA) noted that the energy situation of Eastern Africa, Southern Africa and Indian Ocean regions was a firm indication of how much work the region still need to do so as to ensure that energy becomes a key enabler and game changer to doing business and increasing the productivity of the industries.

“The challenges in our energy networks, as well as ever-increasing deficiencies in energy supply are a common feature of most of our countries. These challenges contribute to the reduction of revenue of our industries through increase in production costs”; noted Dr. Elnasr, adding that “Any industry being negatively affected by these challenges in the energy sector cannot thrive and create the much-needed employment for our people, or attract the much-required investments into our region”.

Dr. Elnasr, who was speaking on behalf of the Secretary General of COMESA, disclosed that the energy poverty in the region should be seen as an investment opportunity for power generation on a regional basis and an opportunity to build regional power interconnectors in order to facilitate trade in power from surplus to deficit regions. In addition, high priority should be accorded to the development of regional energy infrastructure, which would assist to achieve economies of scale.

On energy, the RAERESA Chief Executive Officer said the regions’ cooperation and collaboration with the European Union, has culminated in the implementation of several projects in the last few years and ESREM project was a good example of cooperation and collaboration between the Regional Economic Communities and the European Union. In this context, he applauded the sterling contribution by the European Union through the different European Development Funds and other mechanisms in advancing the implementation of many continental, regional and national projects related to infrastructure.

On his part, the Representative of the EU delegation, the Program Manager - Infrastructure, European Union in Zambia, Mr. Graham Ching’ambu noted that the project was not only about rules and regulations but also about the creation of an energy market. In this regard, he pointed out that the project could be a driver for market and industrial growth within the region and could also contribute to lowering production costs hence enhancing competitiveness.

The Team Leader of the renewable Energy/Energy Efficiency at the IOC, Mr. Mark Kwai Pun said IOC was proud to be associated with ESREM as energy is a means for development. He disclosed that IOC had an energy programme that addresses specific needs of the Member States, which focuses on making the energy sector more resilient to climate change.

The Chief Market Analyst of the Southern Africa Power Pool (SAPP), Mr. Beta Musara disclosed that the target for connecting SAPP to the Eastern Africa Power Pool (EAPP) is 2022 and urged the Member States and the RECs to accelerate implementation of power interconnection projects to achieve that target.

The project on Enhancement of a Sustainable Regional Energy Market (ESREM) in the Eastern Africa- Southern Africa-Indian Ocean (EA-SA-IO) Region has three results areas namely; a regionally harmonized energy regulatory and policy framework that integrates gender perspectives; enhancement of regulatory capacity of the National Regulatory Authorities and Power Pools to proactively influence developments in the energy sector; and lastly, enhancement of renewable energy and energy efficiency to attract investments in clean energy and build capacity in clean energy in the region as well as the domestication on a demand driven basis.