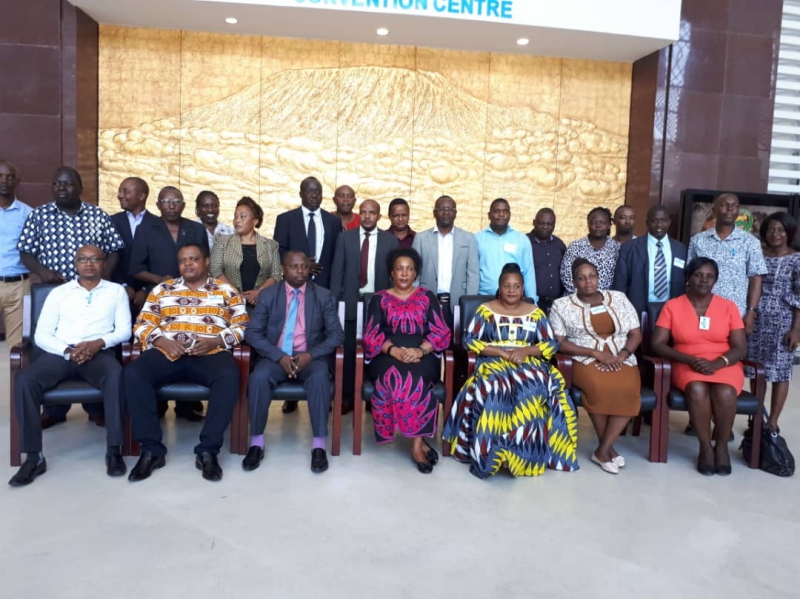 The 1st meeting of the Regional Steering Committee was chaired by Mr. Nyakana Oswald, the EAC and Eastern Africa Officer in Rwanda’s Ministry of Foreign Affairs and International Cooperation, while Mr. Gwamaka Lazarous Mwandwani, the Community Development Officer in the Ministry of Foreign Affairs and East African Cooperation, Tanzania was the Rapporteur.

Addressing delegates during the RSC, Tanzania’s Permanent Secretary in the Ministry of Information, Culture, Arts and Sports, Ms. Susan P. Mlawi, said Tanzania would greatly honoured to host the 4th Edition of JAMAFEST and was committed to deliver a successful festival.

Ms. Mlawi disclosed that Tanzania had started preparations on the ground with a National Organizing Committee (NOC), adding that Sub-Committees were already in place. She thanked Uganda for successfully hosting the 3rd Edition of JAMAFEST.

The PS underscored the significance of JAMAFEST as a platform for fostering regional socio-cultural integration in East Africa. She reiterated the role of JAMAFEST in promoting unity in diversity, sharing cross-cultural experiences and dialogues, cultural exchanges and for celebrating the rich and diverse cultures and heritage of the people of East Africa.

She reaffirmed Tanzania’s to deliver a successful JAMAFEST and urged the RSC to work closely with the National Organizing Committee for a successful festival. She urged the organizers to also use the event to promote Kiswahili as the lingua franca of the Community, adding that the festival was key to promoting economic growth, tourism and regional integration.

At the RSC meeting, the Principal Culture and Sports Officer at the EAC Secretariat, Mr. Bakaye Lubega, on behalf of the Secretary General, outlined the objectives of JAMAFEST and shared some of the highlights from the previous Festivals.

He outlined the matters that the regional committee meeting was to deliberate on that included:  the festival Concept Paper; developing the theme; lessons from previous editions of JAMAFEST; site visits and selection of venues; administration and logistical plans; theme song, and; detailed road map for JAMAFEST 2019.

The Regional Steering Committee agreed that the theme of JAMAFEST 2019 to be: “Cultural Diversity: A Key Driver to Regional Integration, Economic Growth and Promotion of Tourism”. The Festival is planned for 21 to 28 September, 2019 in Dar es Salaam, Tanzania.

The Committee further agreed on sub-themes which shall also form topics for discussions during the Jamafest Symposium 2019 by Partner States. Uganda was assigned to prepare the key note on the Festival Theme: Cultural Diversity as a Driver of Regional Economic Growth; Tanzania was tasked with making a presentation on Cultural Tourism and Regional Economic Development; while Burundi will tackle Cultural Diversity and the Empowerment of Women, Youth and children.

A Festival Theme Song will be developed by the host Partner State Tanzania and shall be performed at the official opening of the Festival.