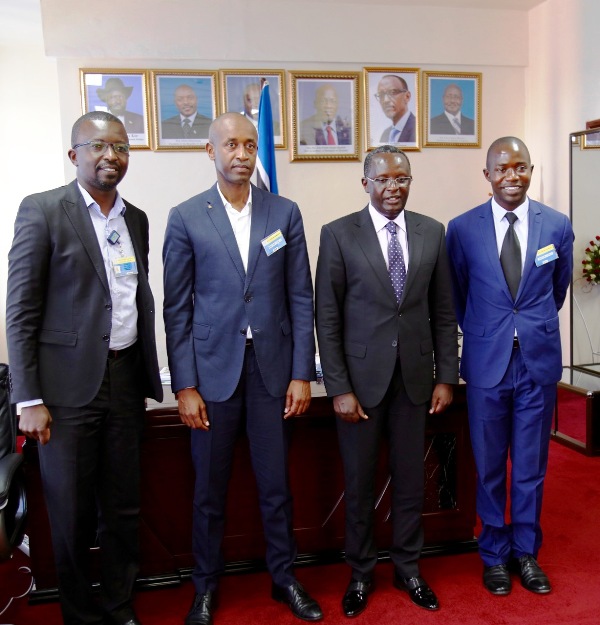 East African Legislative Assembly, Arusha, Tanzania, January 21st, 2019:The EALA Speaker, Rt Hon Ngoga K Martin, has urged the regional legal fraternity to play a key role in sensitization on the integration process and to act as citizens’ point of checks and balances if the EAC is to make significant gains through a people-centred approach.

The EALA Speaker urged the regional law society officials to take a lead role in bringing the legal fraternity and the civil society to speed on matters of regional integration.  The Speaker further encouraged EALS to work with Partner States and various stakeholders to ensure speedy realization of approximation of national laws to the Community Acts.

“I see the EALS play a critical role in this aspect given that at minimum, about 600 pieces of Partner States’ acts in the region need to conform to regional legislations”, he added. The Speaker said EALS as an organized professional society was capable of ensuring compliance to the tenets of integration and termed the regional bar Association as a body that can institute checks and balances on the same for the citizens of the region.

Rt Hon Ngoga said the Assembly would cooperate with the EALS and enhance a symbiotic relationship that consults every so often on matters of legislation and pertinent integration areas to improve the lives of East Africans. In attendance was the EALA Senior Public Relations Officer, Bobi Odiko.

The EALS, Mr Amol noted, had finalized plans to launch an EAC Integration index, to be released twice a year giving the state of the EAC as well as an avenue and platform to enumerate policy matters.  The Chief Executive Officer further remarked that EALS would ieobegntensify public interest litigation and other collaborative areas as part of its mandate to strengthen the institution and make it more robust.

Earlier in the day, the EALS delegation also paid a courtesy call on the President of the East African Court of Justice (EACJ), his Lordship Justice Dr Emmanuel Ugirashebuja and the Registrar of the Court, Hon Yufnalis Okubo.

EALS has in the recent past referenced a number of applications before the East African Court of Justice (EACJ).  The past cases include Reference No. 1 of 2011 of The East Africa Law Society versus The Secretary General of the East African Community challenging certain provisions in the Common Market Protocol that according to EALS, purport to oust the jurisdiction of the EACJ.

Another case pits The East Africa Law Society versus The Attorney General of the Republic of Uganda and the Secretary General of the East African Community and concerns what the Society calls human rights violations in Uganda during the ‘Walk to Work’ processions. A third case relates to the rendition of Kenyan citizens to Uganda with a view to defining the legal environment for combating transboundary crimes.