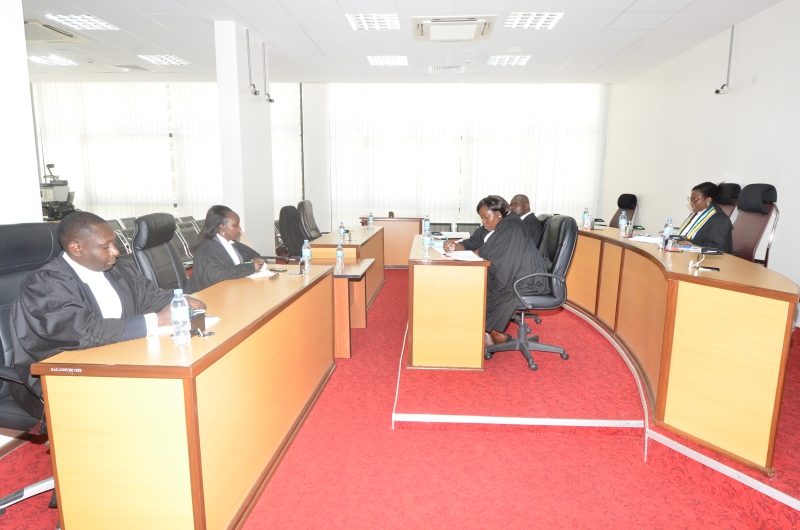 East African Court of Justice Arusha, 27th September, 2018: The First Instance Division declined to grant the Applicants the leave sought to appear as amicu curiae (friends of the Court) in a matter that challenges the government’s order (a Ministerial Ordinance No. 530/1922) dated 19th October 2016, that banned activities and programs of five Burundian non-governmental organizations and froze their accounts and assets.

The Court in its Ruling said that the Application falls short on proof of the Applicants’ expertise, neutrality or fidelity to the law and would therefore not succeed had it considered its merits. Further Court said that the benefits of the concept of amicus curiae hinge significantly on the neutrality, impartiality and independence of prospective amicus curiae, as well as the expertise it avails to a court underscored by its provable fidelity to the law.

That If sufficiently established by an applicant, these parameters would significantly hinder or mitigate the incidence of subjectivity or mal-advice in a successful applicant’s amicus brief.  They would be, to that extent, fundamental determining factors in an application for leave to appear as amicus curiae.  Consequently, an application that does not reasonably demonstrate proof of the foregoing factors would not justify an applicant’s admission as amicus curiae.

In addition Court said that it found no justification to satisfy the Court that the Application is justified as required under Rule 36(4) of the Court’s Rules to grant the Applicants leave to join matter Reference No. 12 of 2016 as amicus curiae.

Further the Court said that, it reasons from the foregoing Rule a mandatory requirement for all formal applications filed in this Court to be supported by affidavits.  Thus, in the absence of the sole Affidavit in support thereof, it follows that the Application before us remains unsupported by any affidavit and, to that extent, contravenes the mandatory provisions of Rule 21(5).

Applications for leave to appear as amicus curiae in this Court are governed by Rule 36 of the Court’s Rules of Procedure.  It reads:

Rule 21 (5) provides that: Every formal application to the First Instance Division shall be supported by one or more affidavits of the applicant or of some other person or persons having knowledge of the facts…