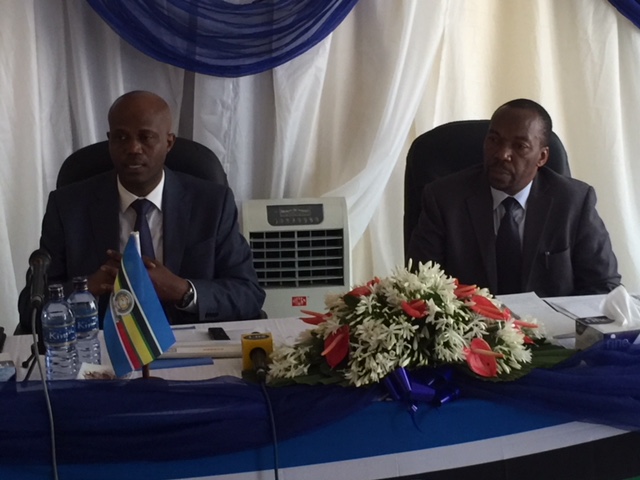 East African Community Secretariat, Arusha, Tanzania, 16th June, 2018: The Executive Secretary of the East African Health Research Commission (EAHRC), Professor Gibson Kibiki, has decried the high number of East Africans going to India to seek medical services which can be accessed in hospitals in the region.

Prof. Kibiki attributed the huge exodus of patients to India to the lack of information on health services that were available at referral hospitals in the region.

Prof. Kibiki noted that some of the most sought after services by East Africans in the Asian country included diseases of the heart, the kidney and cancer that could be handled locally by EAC designated Regional Centres of Excellence (RCoEs).

The ES cited some of the RCoEs as those for Kidney Diseases (Kenya); Heart Diseases (Tanzania); Cancer (Uganda), and; eHealth, Biomedical Engineering and Health Rehabilitation Sciences (Rwanda).

Consequently, Prof. Kibiki would said that the Commission would soon avail on its updated website information on the RCoEs and the health services that they offer.

Prof. Kibiki was speaking at the EAHRC Headquarters in Bujumbura, Burundi when he received a delegation led by EAC Secretary General, Amb. Liberat Mfumukeko.

On HIV/AIDS, Prof. Kibiki disclosed that the Commission would focus its research on life-prolonging drugs and how to make them work better.

He cautioned members of the public and especially the youth that despite the huge advances made in combating HIV/AIDS, the disease is still with us and preventive measures were necessary.

The ES attributed the increasingly high level of resistance antibiotics to the practice of purchasing drugs over the counter and under dosages sometimes through self-prescription by members of the public.

He revealed that East Africans may soon be able to access treatment across national borders in addition to enjoying portable health insurance across the region, adding that the Commission would soon undertake research to gauge the feasibility of a regional health insurance scheme before piloting the scheme.

He described as counterproductive the tendency by health researchers and medics in the Partner States to work in silos since the region was one and that diseases did not know national borders.

In his remarks, EAC Secretary General Amb. Mfumukeko noted that the Commission brings together the best brains in health research from the entire region to tackle challenges faced by East Africans in accessing quality healthcare.

Amb. Mfumukeko said that the EAC Council of Ministers had put in place the Commission out of the realisation that the region could not forever be dependent on medical research conducted in developed countries.

The Secretary General further said that the Commission would give young researchers opportunities to hone their skills in the ever-changing medical field.

He hailed the Commission for mobilizing more than US$4 million for its operations from development partners over the last one year.

The SG has been on a tour of EAC Institutions and projects in Kenya, Uganda, Rwanda and Burundi.

The East African Health Research Commission (EAHRC) was established in 2008 and operationalized in the year 2015. EAHRC was established as a mechanism for making available to the Community advice on all matters of health and health-related research and finding that are necessary for knowledge generation, technological development, policy formulation and practice. The Commission is the principal advisory institution to the EAC on Health Research and Development (R&D).

The broad objective of the Commission is to promote, facilitate and coordinate the conduct and application of health research for the improvement of health and for the wellbeing of the people of East Africa. The Commission has its headquarters in Bujumbura, Burundi.