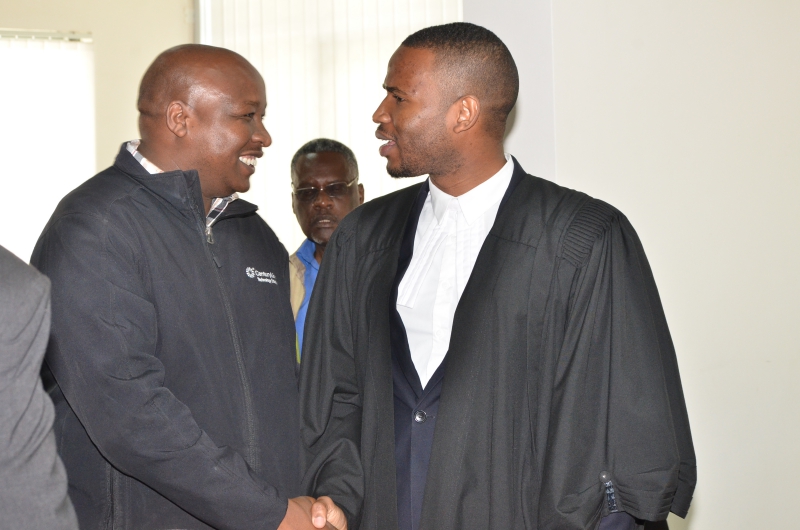 East African Court of Justice, Arusha, 25th September, 2018: The First Instance Division has granted an interim order restraining the government of Tanzania and its agents from evicting the residents of Ololosokwan Village Council and 3 other Villages from the disputed land bordering Serengeti National Park.

The Court ordered the Respondent to stop evicting, destroying the Residents’ homesteads or confiscating their livestock on that disputed land comprised of 1500 sq km of a land in the Wildlife Conservation Area bordering Serengeti National Park until the main Reference is determined.

Further the Court added that, the interim order against the Government (Respondent) restrains the office of the Inspector General of Police from harassing or intimidating the Applicants in relation to the Case pending the determination thereof. Again Court stated that, a grant of the interim orders sought in this case would in effect forestall the continued eviction and harassment of the Applicants’ Residents until the matter is concluded.

The Court also said that whereas evictions, destruction and loss of property and arbitrary arrests that characterized the social upheaval in that village could, if subsequently found to have wrongfully happened at the instance of the Respondent, be compensated by an award of damages. The Court was not persuaded that an award of damages in itself would be adequate recompense for the magnitude of loss that they represent.

That on the other hand stifling of peoples’ right to access to justice, if subsequently proven, appears to court to fall within the category of wrongs that might occasion irreparable injury given that once that right is lost in relation to specific facts.

The Court also carefully considered the totality of the circumstances of this case and it took the view that, in the short term, the important duty to avert environmental and other ecological concerns pales in the face of the social disruption and human suffering that would inevitably flow from the continued eviction of the Applicants’ residents.

It is undoubtedly apparent to the Court that the justice of the matter dictates a temporary intervention in favour of the residents’ representatives, to wit the Applicants. That the Party/ Applicant stands to suffer significantly more injustice, should the court decline to grant a temporary injunction in this matter than does the Respondent, therefore the balance of convenience is heavily skewed/tilted  in its favour of the Applicant.

In addition Court said that the Applicants’ claim to protection from the violation of their property rights, as well as the right to access justice, would be weighed against the Respondent’s right to implement the Tanzania natural resources laws to protect the Wildlife Conservation Area from unlawful human activity, as well as its duty to ensure compliance by all persons with the Tanzania legal regime generally.

The Court hence allowed the Application and ordered that costs shall abide the outcome of the Reference and directed the matter to be fixed for hearing. The Application was filed on 21st September 2017 seeking temporary halt to the residents’ eviction and the destruction of their property pending the determination of the main Reference.

Parties present in Court to receive the Ruling were Mr Nelson Ndeki representing the Applicants.

On 5th August 2017, each Applicant was ordered by the Government through Ngorongoro District Commissioner to vacate their residents from the demarcated area bordering the Serengeti National Park and that the alleged eviction, removal of livestock and burning of their bomas (homesteads) took place on land that legally belongs to the Applicants.

The above alleged actions by the Respondent led to filing of Reference No. 10 of 2017 seeking orders for a permanent halt to their residents’ eviction, arrest and prosecution, as well as the destruction of their properties and reparations. The Applicants allege that the Respondent’s acts, orders and decisions violate Articles 6(d) and 7(2) of the Treaty for the Establishment of the East African Community, as well as the Constitution of the United Republic of Tanzania, Village Land Act, 1999, Wildlife Conservation Act, 2009.