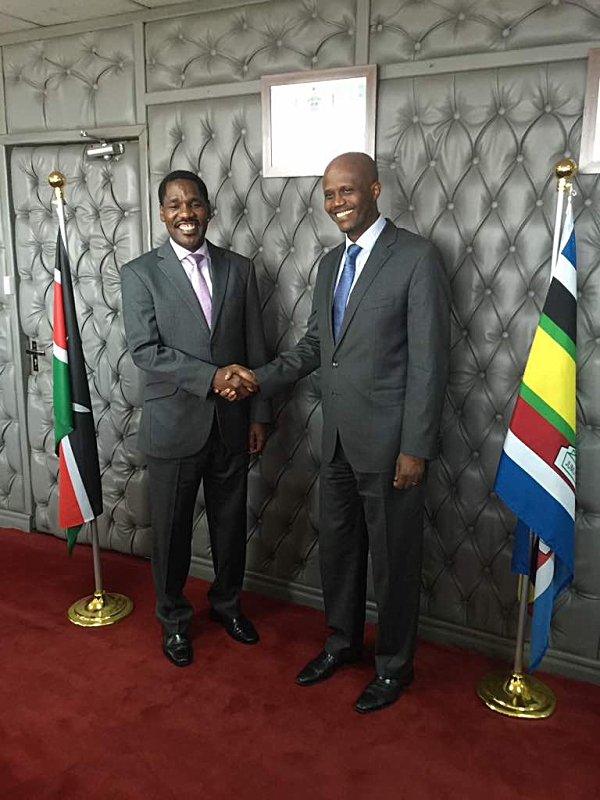 Amb. Mfumukeko and his host discussed in details on the key issues of  integration, including reform efforts at the Secretariat, and key achievements so far realized along the integration journey.

The two officials also discussed the  progress so far made under the EAC Common Market, especially cross border movement and trade; regional infrastructural development , updates on implementation of the Customs Union and Monetary Union Protocols as well as the planned official launching of the Namanga One Stop Boarder Post on 20th April, 2018.

The Cabinet Secretary commended the good organization of the just ended EAC Summit of the Heads of States and the Joint EAC Heads of State Retreat on Infrastructure and Health Financing and Development, the work done by EAC to increase support by development partners to the EAC  as well as the efforts to reduce operation cost at the EAC Secretariat

The Secretary General was accompanied by his  Deputies Eng Steven Mlote in charge of Planning and Infrastructure,  and Mr. Charles Njoroge, in charge of Political Federation.