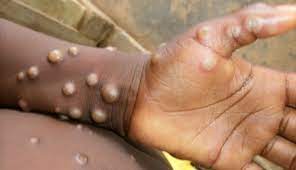 This follows reports by the World Health Organization (WHO) of 780 laboratory confirmed cases of monkeypox as of 2ndJune, 2022. The cases have been reported to or identified by the World Health Organization (WHO) from 27 Member States across four WHO regions that are not endemic for monkeypox virus, while Monkeypox is endemic in some African countries.

According to the WHO, 1,392 suspected cases of monkeypox have been reported this year until mid of May in seven African countries. Out of these, 44 cases are confirmed. This is in the 4.5 months slightly less than half the number of cases reported for the whole of last year.

According to WHO, the sudden appearance of monkeypox in multiple countries across the world indicates the virus has been spreading undetected for some time outside the West and Central African nations where it is usually found.

“Because of the proximity of the EAC Partner States to some of the affected countries, it is important that we takeprecautionary measures to minimize its spread. It is important that people are given necessary information on the nature of the disease and how they can protect themselves and prevent the disease from spreading,” said Hon. Christophe Bazivamo, the EAC Deputy Secretary General in charge of the Productive and Social Sectors.

The DSG further emphasized on the importance of factual risk communication to communities, that provides necessary information without causing unnecessary concern, and need for stepping up surveillance.

Monkeypox outbreaks are not new. The virus was first discovered in monkeys in 1958, with the first human case in the African region detected in 1970. Since then, there have been multiple outbreaks of the viral disease that can spread from animals to humans but can also spread between people.

Transmission is possible through close contact with an infected person, or objects including clothes and bedsheets as well as droplets. Symptoms typically include skin rash or lesions, fever, intense headache, muscle aches, back pain, general body weakness and swollen lymph nodes and last from two to four weeks.

In many patients, the symptoms are moderate and clear up on their own but severe cases and even death can occur. WHO states the case fatality ratio, or the percent of people dying compared to those diagnosed, to be around 3-6 percent.

In comparison to COVID-19, which is a highly contagious disease, transmission of monkeypox is more difficult. WHO assesses the current risk posed by monkeypox to human health and for the general public as low.

To reduce the risk of contracting the virus, people should:

A person who suspects to have contracted monkeypox should self-isolate him or herself from physical contact with others and seek medical advice immediately. The virus causing monkeypox belongs to the same group as the smallpox virus, however, it is a much milder and less deadly form of it.

Vaccination against smallpox has been shown to be protective against monkeypox and a new vaccine against smallpox and monkeypox has been approved but is not yet widely available. An antiviral to treat the monkeypox virus has been recently approved in the United States of America and in the European Union. Otherwise, treatment aims to ease the symptoms and includes, for example, painkillers.