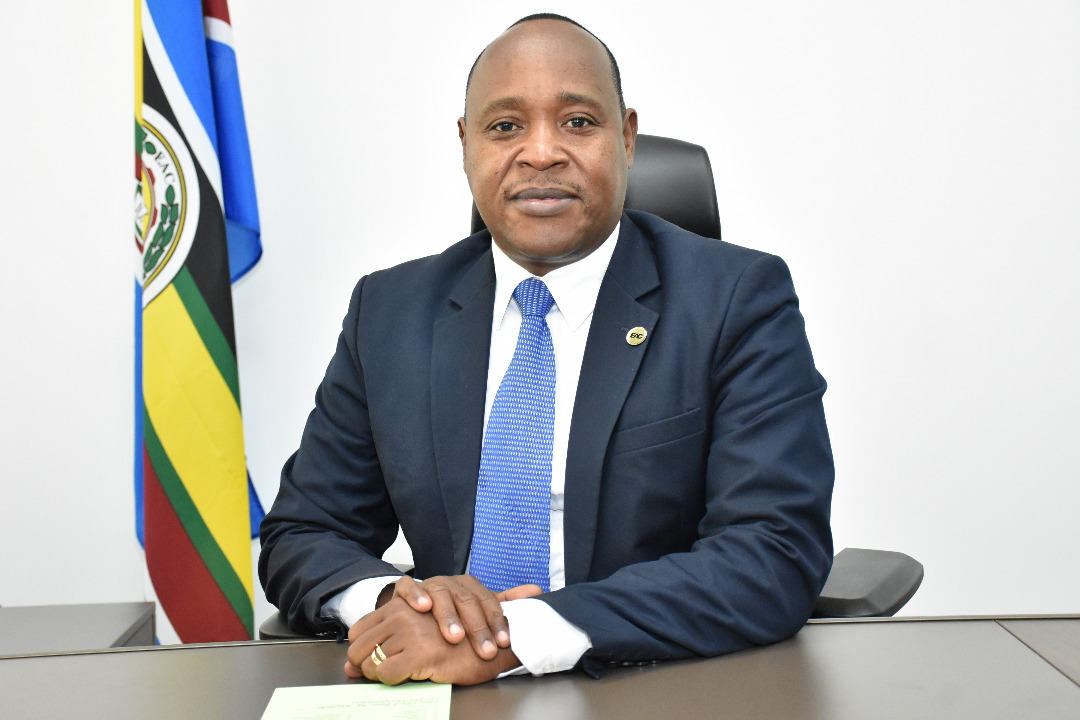 Dr. Peter Mathuki is the Secretary General of the East African Community (EAC). He serves as the Principal Executive Officer of the Community and also as the Secretary to the Summit of the EAC Heads of State. He coordinates the EAC Council of Ministers meetings and also oversees all the Institutions of the EAC.

Dr. Mathuki is an ardent champion of the EAC regional integration. Since his assumption to office, he has provided strategic leadership and facilitation for new dimensions in the EAC Secretariat; through deepening and the expansion of the Community, with the recent admission of the Democratic Republic of Congo (DRC) and pursuing peace and security efforts in some troubled parts of the region.

He served as the Chief Executive Officer (CEO) of the East African Business Council (EABC), (2018-2021). He was instrumental in driving and articulating the Private Sector priorities in EAC decision-making processes. Herein, he spearheaded many regional, continental and international high-level public-private dialogues which resulted in the resolution of bottlenecks hindering the growth of intra-EAC trade and investment.

Dr. Mathuki served as a Member of Parliament of the East African Legislative Assembly (EALA), (2012-2017) where he chaired the EALA Committee responsible for Good Governance, and served in the Committees of Accounts and Trade & Investment.

He worked at the European Union (EU) programs for Africa based in Asmara, Eritrea (2010-2012) and prior to that, he served as Director in charge of International Labour Standards (ILO) at the International Confederation of Free Trade Unions (ICFTU-Africa now ITUC-Africa) (2004-2008).

Dr. Mathuki has actively played a pivotal role in overseeing the coming into effect of the African Continental Free Trade Area (AfCFTA) and championed the formation of the African Business Council, in a bid to reposition the EAC bloc to reap the benefits availed by the continental market. He was also instrumental in creating several regional platforms critical in the negotiation of the EAC Common Market Protocol and Regional economic issues since 2004 such as the East African Employers Association (EAEA) and the East African Trade Union Confederation (EATUC).

He sits on various boards across the region, including all boards of EAC Institutions. His career in global leadership has seen him establish strong global and private-sector networks including the diaspora community across the world.

Dr. Mathuki holds an MBA and PhD in Strategic Management & Regional Integration from the University of Nairobi, Kenya.