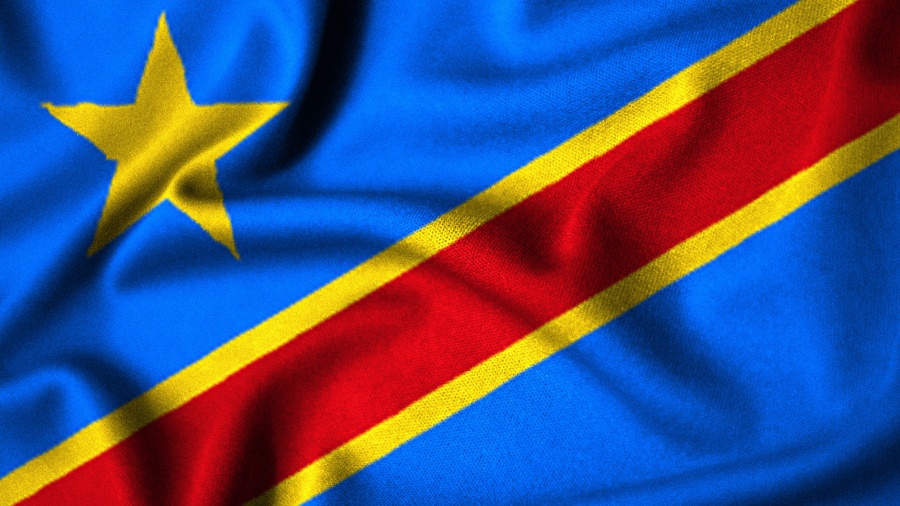 Admission of the Democratic Republic of the Congo (DRC) into the EAC: Frequently Asked Questions (FAQs)

1. An overview of the journey of DRC joining the bloc

1. An overview of the journey of DRC joining the bloc

2. What is the process of integrating DRCs into the bloc?

2. What is the process of integrating DRCs into the bloc?

Designated by the Summit of the EAC Heads of State, President Uhuru Kenyatta who is the current Chairperson of the Summit and H.E Felix Tshisekedi signed the Treaty of Accession of the DRC into the EAC on 8th April, 2022. Thereafter, the DRC was granted 6 months to undertake internal and constitutional processes for the ratification of the Treaty of Accession. This internal processes includes the ratification of the Treaty of Accession by DRC’s Parliament.
After ratification of the Treaty, the DRC is required to deposit the instruments of ratification with the EAC Secretary General by 29th September, 2022. Thereafter, the Secretary General will be required to transmit certified true copies of the Treaty to all Partner States. Subsequently, the Secretary General shall register the Treaty of Accession and its instruments with the African Union, the United Nations, the World Trade Organisation and such other organisations as the EAC Council of Ministers may determine. The areas of cooperation include: Trade Liberalization and Development, Investment and Industrial Development and liberalization of Movement of Persons, Labour, and Services. The EAC Council of Ministers is in the process of developing a roadmap for the integration of the DRC into the EAC as directed by the Summit. The roadmap will detail how the DRC will implement various EAC Commitments such as the Customs Union, Common Market, Monetary Union and Political Federation.

3. How will DRC’s admission contribute to the strengthening of integration within the East African region?

3. How will DRC’s admission contribute to the strengthening of integration within the East African region?

Benefits of DRC joining the bloc

i. Market Expansion:
DRC’s population of over 90 million has the potential to contribute to expanded market and investment opportunities.

ii. Geographical and geopolitical location:
DRC shares borders with 5 of the EAC Partner States, namely Tanzania, Burundi, Rwanda, Uganda and South Sudan. There is a sense of belonging and attachment to EAC socially, economically, historically, culturally and geographically.

iii. Interlinkages:
DRC has the potential to link the Indian Ocean to the Atlantic Trade Corridor and further link the region to North Africa, Central Africa and other continental sub-regions.

iv. Infrastructure:
Development of infrastructure in DRC will facilitate connectivity of the East to the Atlantic coast and Southern Africa to Northern and West Africa. Connecting the DRC railway network with the EAC will provide an opportunity for increasing access to both DRC and EAC markets. This interconnectivity of railroads also has the potential of reducing the cost of intra-regional trade.

v. Strengthening EAC Power pool:
Development of the INGA Dam is an Agenda 2063 flagship project that can contribute to the East African Power Pool.

4. What are the benefits of DRC joining the EAC?

4. What are the benefits of DRC joining the EAC?

5. How is the EAC preparing to accommodate Swahili and French as official languages?

5. How is the EAC preparing to accommodate Swahili and French as official languages?

The Secretariat has developed a proposal for simultaneous translation of Kiswahili and French during EAC Statutory Meetings that is due for consideration by the EAC Council of Ministers.

6. How is EAC prepared to handle the cases of instability and conflict in DRC?

6. How is EAC prepared to handle the cases of instability and conflict in DRC?

As established under Article 124 of the EAC Treaty, with DRC being part of the EAC, it will benefit from the Partner States’ commitment to foster and maintain an atmosphere that is conducive to peace and security through co-operation and consultations with a view to prevent, better manage, and resolve disputes and conflicts between them. Further, the DRC will benefit from various regional cooperation mechanisms that address regional security issues such as cross border crime, provision of mutual assistance in criminal matters including the arrest and repatriation of fugitive offenders and the exchange of information on national mechanisms for combating criminal activities.

7. How is EAC addressing the issue of Non-Tariff Barriers?

7. How is EAC addressing the issue of Non-Tariff Barriers?

Disputes emanating from imposition by member countries of Non-Tariff Barriers (NTBs) are part of challenges faced by most regional economic communities, EAC included. NTBs hinder intra-regional trade and by extension, economic growth and prosperity in the region. EAC has established a Trade Remedies Committee that will address these NTBs and trade disputes before they get to higher levels like the EAC Council and even the Summit. It is hoped that the Trade Remedies Committee should be operational before the end of 2022. The EAC and the East African Business Council (EABC) have also set up a Technical Working Group (TWG) whose core task is to resolve trade disputes before they are escalated higher.

8. Why is the EAC not changing its name now that DRC which sits in Central and Western Africa has joined the bloc?

8. Why is the EAC not changing its name now that DRC which sits in Central and Western Africa has joined the bloc?

This is because DRC joined the bloc guided by the Treaty for the Establishment of the East African Community, which entered into force on 7th July, 2000. One of the criteria for new members applying for admission into the bloc is ‘Acceptance of the Community as set out in the Treaty.’ Change of names would therefore require amendment of the Treaty.

9. Can any country join the EAC or what parameters are used to allow some?

9. Can any country join the EAC or what parameters are used to allow some?

As per Article 3 (2) of the Treaty Establishing the EAC, when a Partner State applies to join the following factors are looked into:

10. What is the progress of admission of countries like Somalia which have applied to join?

10. What is the progress of admission of countries like Somalia which have applied to join?

In February 2021, during the 21st Ordinary Summit of the EAC Heads of State, the Summit noted that the verification exercise for the admission of the Federal Republic of Somalia into the EAC had not been undertaken and directed the EAC Council of Ministers to follow up on the exercise. This is now a process in the pipeline.

11. Will EAC be updating their logo to include the new members?

11. Will EAC be updating their logo to include the new members?

The EAC is currently in the process of finalizing its new brand architecture that is dynamic and will not require revision in the event of admission of new members. The new EAC corporate identity will hopefully be unveiled by the end of 2022.