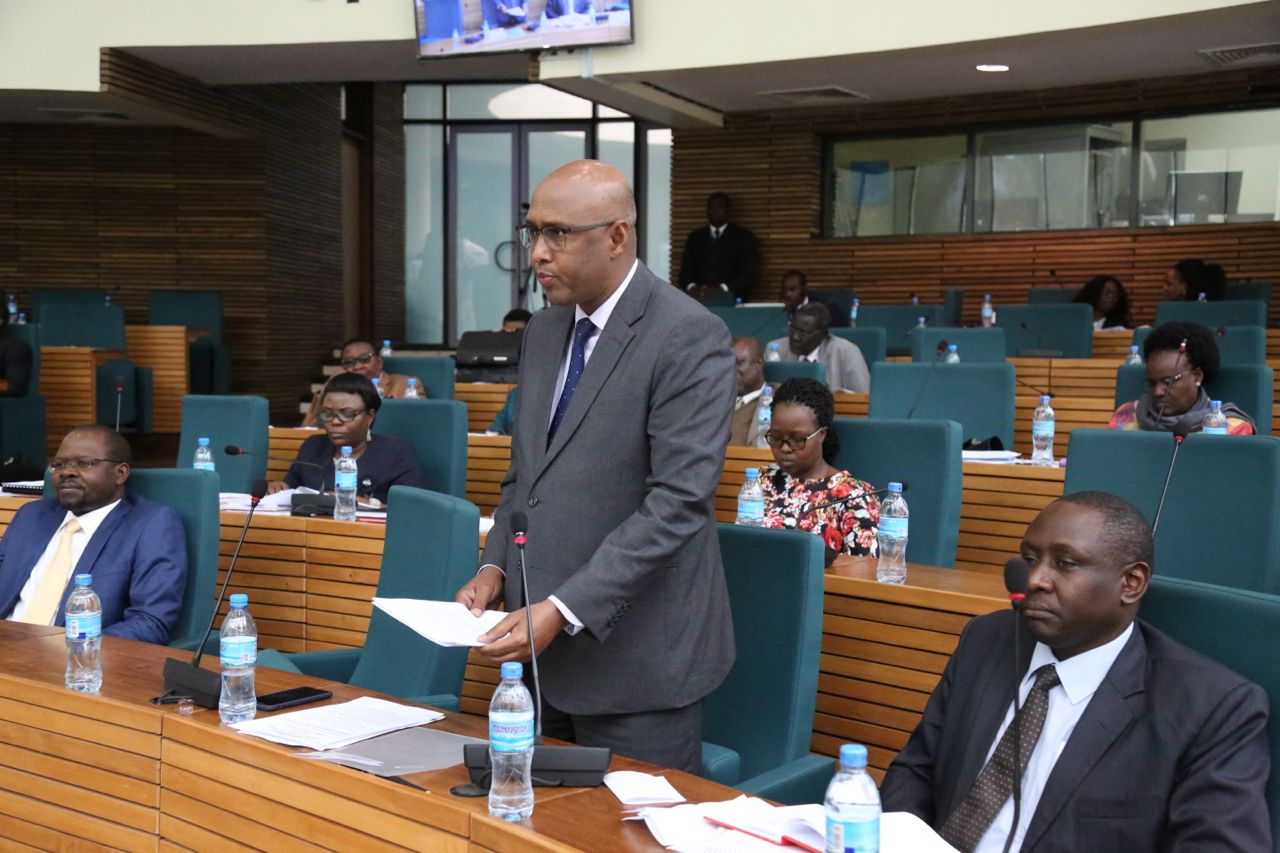 East African Legislative Assembly, Arusha, Tanzania: 27 June, 2019: The Government of Kenya has clarified the matter over the recent offensive utterances made by a Member of Parliament of Starehe Constituency in Nairobi.

Kenya’s Cabinet Secretary, Ministry of East African Community and Regional Development, Hon Adan Mohammed, informed the Sitting of the East African Legislative Assembly this morning that Republic of Kenya was “duly and fully” committed to the EAC integration process.

In addition, Hon Mohammed, while dissociating the Government of the Republic of Kenya from the utterances of the MP, sounded a stern warning to other like-minded leaders in the country and region who may be harboring similar agenda.

And in a show of unity, the Cabinet Secretary, Hon Adan Mohammed, re-echoed the statement by the Prime Minister of the United Republic of Tanzania, Rt Hon Kassim Majaliwa Majaliwa to the Parliament of Tanzania in Dodoma on Tuesday, 25th June 2019, reiterating commitment to integration process and never to allow situations that “sow of seeds of discord” between the Tanzanian and Kenyan people, and with the brothers and sisters in the East African Community.

“I would like to reiterate the Kenya Government’s unwavering commitment to EAC integration, the EAC Treaty and all the protocols that we have signed and ratified”, Hon Mohammed told an attentive House.  The Cabinet Secretary emphasized that Kenya’s commitment to integration stemmed from the top – led by none other than the President – H.E. Uhuru Kenyatta.

“Mr. Speaker, Members of this Assembly are aware that the Kenyan President, H.E. Uhuru Kenyatta is on record on several occasions in his public addresses, making it abundantly clear that East Africans are welcome to visit Kenya, to invest, to visit for pleasure and even marry and settle in Kenya so long as they do so in accordance with the local laws. That position has not changed. Kenya is at the forefront in the implementation of the various provisions of the Common Market Protocol, including the one on free movement of people and labour”, Hon Mohammed remarked.

Two days ago (June 25th, 2019), a video clip of Hon Charles Njagua Kanyi (Jaguar) emanated in his Starehe constituency, calling for expulsion of foreign nationals including East Africans from the Republic of Uganda and the United Republic of Tanzania, from Kenya within 24 hours or to be forcefully removed.

The utterances did not sit easy in Kenya and across the borders. The Country’s Foreign Affairs Permanent Secretary, Macharia Kamau said Kenya regrets the careless and inciteful remarks while Government Spokesperson, Col (Rtd) Cyrus Oguna assured foreign investors of their security terming the remarks ‘unfortunate’. The MP has since been arraigned in Court and is facing charges of inciting voters against foreigners. The Court is to rule on his bail application tomorrow.

In his address to the House today, Hon Mohammed was categorical that such acts that contravene the EAC Treaty would not be tolerated. “This incident is indeed a wake - up call to all of us to keep our eyes and ears open across the region, to safeguard against leaders advocating for policies that are inconsistent with our East African integration agenda. We must not allow certain leaders to incite EAC citizens against one another on the one hand, and yet still urge our people to embrace our motto and spirit of One People One Destiny, on the other”, the Cabinet Secretary stated.

Following the Cabinet Secretary’s statement and in the spirit of co-operation, Hon Abdullah Makame, Chair of the EALA Chapter, United Republic of Tanzania, swiftly moved to withdraw his notice to table a motion urging the EAC Partner States to ensure that freedoms, rights and treatments of East Africans as guaranteed under the EAC Treaty are adhered to.

Hon Makame thanked the Government of Kenya, for the assurances that it would defend the integration process to a hilt.“I thank Hon Mohammed and the High Commissioner of Kenya in the United Republic of Tanzania, Hon Dan Kazungu for the swift action taken”, Hon Makame remarked.